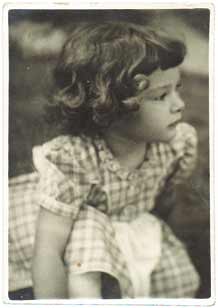 I am grateful to my parents for the gift of being ‘mixed race’. My mother was a Jewish refugee from Germany who fled to the UK in 1939 at the tender age of 16 and never saw her parents (relatively wealthy business people prior to Nazi persecution) again. My father’s father was a grandson of the great Victorian poet Alfred, Lord Tennyson. My father’s mother was a refugee Hungarian origins – a feisty woman (do these things run in families?) who, rumour has it, was much admired by both Lloyd George and Bertrand Russell and who was the first General Secretary of the Free Trade Union.

It was wonderful to grow up in the atmosphere of my parent’s strong sense of social concern and social justice – they had spent two years in India before I was born and continued to be inspired by Gandhi, Tagore and Indian philosophy for the rest of their lives. They always supported and encouraged my early enthusiasms (of which there were many) whether of an artistic or animal rescue or social change nature. 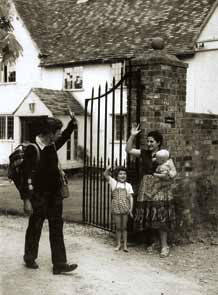 Another formative influence was the fact that our family shared a large house with another family for 5 years where the children grew up together and the parents were able to cover for each other when one or other was away or indisposed.

Apart from the value of feeling part of an extended family, the experience set in motion a deep interest in communities and community living that has remained with me ever since.

Building on my early passion for all things cultural – see other interests – and a natural inclination (sometimes closer to dogged determination) to create new ways of doing things whenever the conventional approach seemed seriously inadequate – see: social innovator – I have forged a rather zigzag path in terms of what others might consider ‘my career’.

Having done poorly in my final exams at school, I went to drama school rather than university. I thrived at drama school and after my somewhat humiliating school experience, was surprised (and, of course, delighted) to find myself top of the class in a whole heap of subjects including phonetics! What I learned at drama school has undoubtedly influenced the way I do things – helping deepen my powers of observation, sense of transformational potential and capacity to ‘get inside the skin’ of different points of view – see partnership broker and facilitator.

I left drama school with no clear idea of what I wanted to do with the rest of my life which led to quite a period of ‘dabbling’ (about which my parents despaired but which I absolutely loved since it gave me so many opportunities to explore rather than getting caught into one career path). Over an extended period my activities included:

For a more sanitised and grown up CV that covers what eventually became my 30-year career in promoting and building capacity for multi-stakeholder partnerships for sustainable development go to my CV. 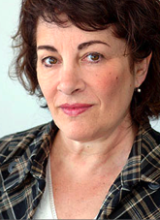 Somehow in the past 30 years I have managed (though sometimes only just) to maintain and build my range of other interests. The most important one of which was trigonos. I am hugely proud to have been a co-founder of this social initiative in a former slate mining region in Snowdonia, North Wales.

I was for many years only been a small part of its remarkable growth and quiet achievements but having been one of its three founding directors for 24 years felt like coming full circle to my parents experiences in India and to their early experiments in community living – see social innovator .

As I now have more time, it has been exciting to finally become a bit of a writer – finding words, stories and forms that merge fact and fiction, personal and political, experience and imagination.

Other interests include: reading (voraciously), music (mostly but not exclusively classical), arts activities and exploring more philosophical / spiritual things since I refuse to believe that there is not a deeper meaning to our lives even if it is mysterious and elusive.

My international work has expanded my circle of colleagues and friends and is now extraordinarily international and, of course, my family continues to play a huge part in my life… but these are not for this website… they are different stories!