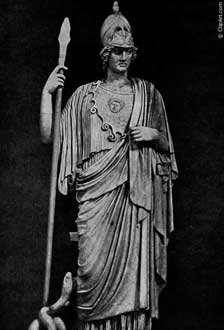 One of the things I love about mentoring is the story that inspired the role.  Remarkably few people know the origin of the word (only one has ever been able to tell me the correct answer when I have asked more than 500 partnership broker trainees the question!).

The term ‘mentor’ comes from the name of an important figure in the life of Odysseus in Greek mythology. Mentor was asked by Odysseus to have oversight of his young son, Telemachus, whilst he was away fighting the Trojan War (from which he did not return for 10 years).

Odysseus himself was a protégée of Athena (Goddess of Wisdom) and she guided Mentor to take on his ‘in loco parentis’ role with great care, insight and dedication. For this reason the personal name Mentor has been adopted as a term meaning someone who imparts wisdom and shares knowledge with a less experienced person.

Having said that, it feels a little presumptuous to assume one has anything to impart to others – and I am often quite overawed by the capacity others have for courage and creativity in the face of daunting challenges in ways that make me wonder whether I should ever apply the term ‘mentor’ to myself. On the other hand, what can one usefully do with such a wealth of experiences over so many years other than try one’s best to support others just starting out on their journey.

And I suppose I have mentored (informally) for much of my life so what is now proposed is to do so more formally and with more consciousness and discipline.

In any event, I always liked myths and legends, so it feels good to be an echo (however small) of the Odyssey – an extraordinary journey by any standards!

My current mentoring activities are usually undertaken through the Partnership Brokers Association which offers: